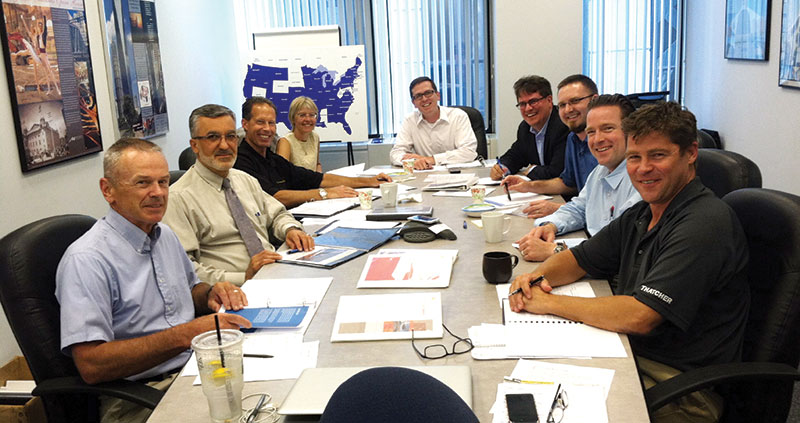 Brian Dekker (third on the right) with the NCSEA Awards Jury

The 2013 National Council of Structural Engineers Associations (NCSEA) Awards panel of judges included Brian among 8 other judges charged with evaluating outstanding recent projects both domestically and internationally. The panel, consisting of individuals from SEAOI, awarded 18 projects in 8 different categories including New Buildings under $10 Million to New Buildings over $100 Million. Winners will appear in the Spotlight Department of STRUCTURE magazine throughout the 2014 editorial year. A full list of winners is available at the following link.